It your interest in food markets runs less towards organic provenance and more towards the sort of place where a teenager offers fruit samples off the tip of a machete, the Toronto Weston Flea Market is your place. It is overflowing with cheap fruit and veg, and is open every weekend, year round.

Pissing rain wasn’t going to keep this quartet of little girls from The Ex. 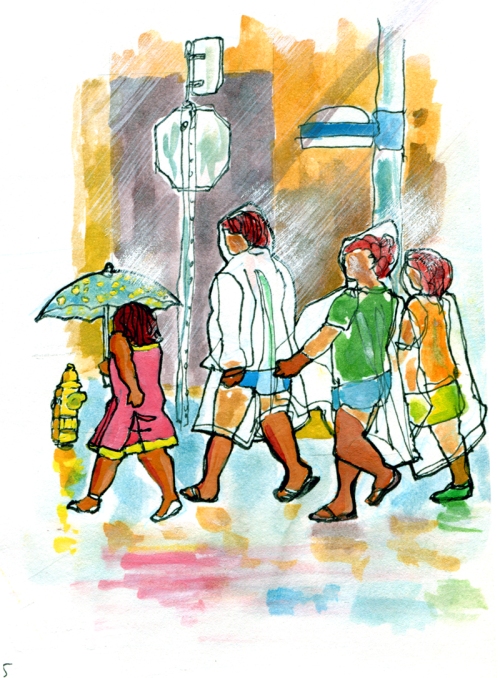 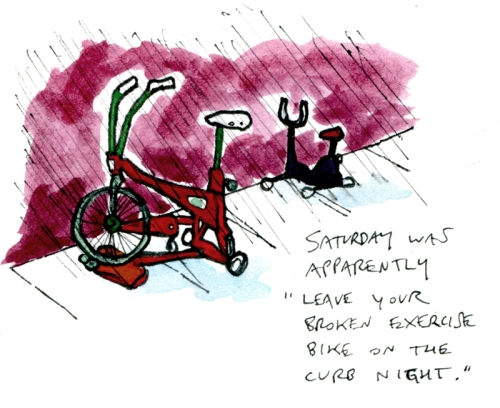 Rupert Brooke was just trying to be honest when he wrote of Toronto in his 1916 book Letters From America:

But Toronto – Toronto is the subject. One must say something – what  must one say about Toronto? What can one? What has anybody ever said? It is impossible to give it anything but commendation. It is not squalid like Birmingham, or cramped like Canton, or scattered like Edmonton, or sham like Berlin, or hellish like New York, or tiresome like Nice. It is all right. The only depressing thing is that it will always be what it is, only larger, and that no Canadian city can ever be anything better or different. If they are good they may become Toronto.

Does the fact William Butler Yeats described Brooke as “the handsomest young man in England” make his observations any less painful? Didn’t think so.